Rounding the Bases with Emerald Doria 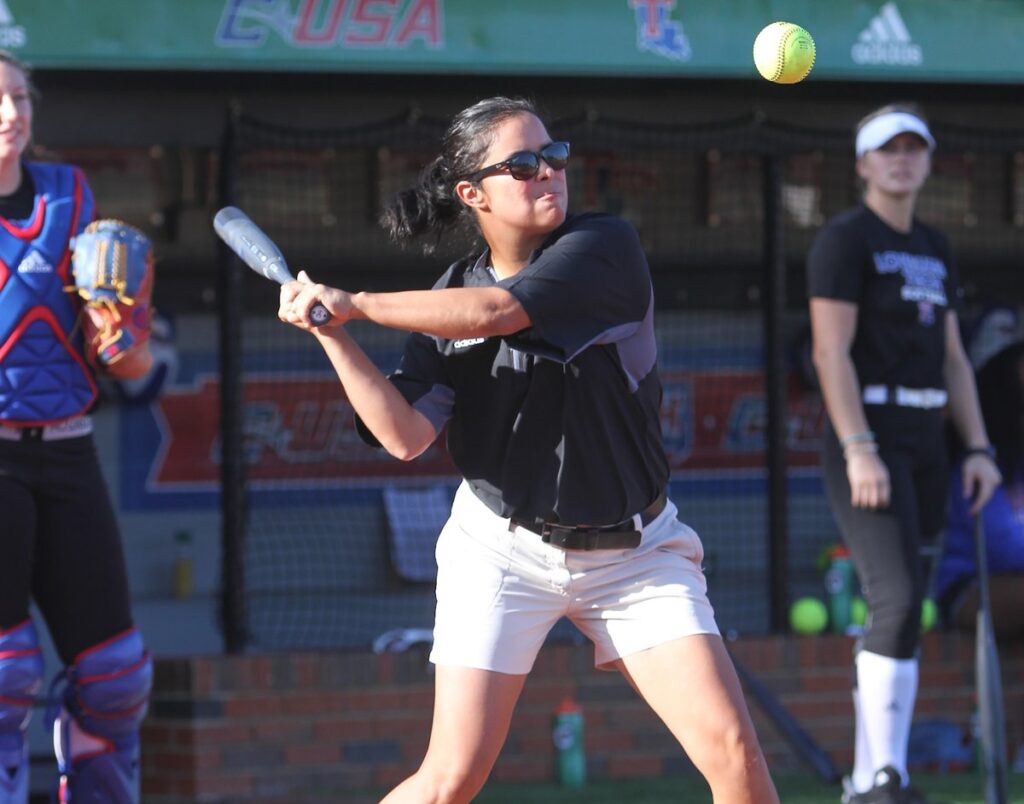 When an assistant coaching position opened late in the year at Maryland, the Terps had an impressive number of possibilities to turn to but one name stood out. Emerald Doria was uniquely familiar with head coach Mark Montgomery’s coaching style and after two years as a Division 3 coach, she was ready and willing to reunite with her former boss.

Doria spent the 2020 and 2021 seasons as head coach at Southwestern University, a Division 3 school in Texas. She guided the program through a pandemic-shortened season and still felt the effects of the pandemic during her second year.

About that familiarity with Montgomery… Doria spent five years on his coaching staff at Louisiana Tech, eventually rising to the position of longest-tenured and top assistant coach. But before they were head coach and assistant coach, Montgomery coached Doria as a player at Centenary College where she finished as the program record holder in career runs scored and finished third in program history in career hits and home runs.

Following her arrival in College Park, Doria talked about taking the Maryland position; her coaching style; what she’s most looking forward to about being part of the Terps program; and more.

JWOS: When did you realize that coaching was a career that you wanted to pursue?
Emerald Doria: I began my coaching career at the HS level, and loved it.  I didn’t necessarily plan on coaching, but life worked out that way, and I’m grateful that it did. After three years of HS coaching, I decided to step away and chase after a dream of law enforcement. Before starting the police academy however, I was asked to come and give the college level a shot at LA Tech with Coach Montgomery. I accepted, and after a few months in, I never looked back. I realized that coaching at the college level was where I wanted to be. I was able to focus on just coaching softball, rather than teaching, while at the same time, I was able to devote time to helping mold young women into women that would go and make immediate impacts in the world after their time with us. Another reason that I love coaching college softball is for what it provides my family with, too. The experiences that I can provide for my wife and our two sons as a coach are immeasurable. A flexible schedule, travels across the country, endless school sports events, and incredible, lasting relationships with coaches, players, and families are all such perks of the job.

JWOS: Tell me about navigating these last couple of years as a D3 head coach. How bumpy of a ride has that been?
Doria: I feel very blessed that my first experience as a head coach was at Southwestern University. Southwestern made the transition from LA Tech easy for me. The amount of support that was received not only in athletics, but specifically for softball, made me feel like I would never leave such an elite D3 job. Covid made the ride bumpy, as it did the same for everyone else in the world. It was unfortunate that I wasn’t able to get the full experience at SU. One of my biggest bumps in the road going from D1 to D3 would have to be not having athletic scholarships to give. SU prides itself in its product, as it should, and with that comes along a hefty price tag; it has to be a perfect fit for a student-athlete to commit right away. I enjoyed my time at SU greatly.

JWOS: How difficult or simple do you foresee the transition back to an assistant being, with that head coaching experience now under your belt?
Doria: There is no doubt in my mind that this transition will be simple. I enjoyed my time as a head coach, and there are many things that I have learned that will make me a better assistant coach. I am ready to serve as an assistant coach, behind the scenes, and support the entire coaching staff in whatever capacity I am needed.

JWOS: What are the biggest attributes that you’ll take away from having been a head coach that are going to benefit you the most in this role at Maryland?
Doria: I learned how to manage an entire team as a head coach, rather than just portions of practice and games. I learned more about the game from every aspect, and I can now carry that over to Maryland. What I am most excited about and eager to start, is being able to focus in on just the infield and hitting. When I managed an entire team as a head coach, I didn’t get to dive into the details of what I love most.

I also grew from a recruiting aspect. I learned to really take initiative on going after a recruit I really liked, and felt like I had to work twice as hard to convince them to play for me without any athletic scholarship. I know Coach Montgomery’s vision of the program at Maryland, and now I can really drive that vision home to recruits and their parents.

JWOS: What aspects of the Maryland position intrigued you the most? How big of a factor was your prior experience with Mark and your first-hand knowledge of how he runs a program?
Doria: Maryland being in the Big 10 was an opportunity that my family and I couldn’t pass up. The fact that I have prior experience with Mark may have been the most important factor in even thinking about applying for this position. I wouldn’t have considered it if it was with any other coach. I truly believe that Mark does things the right way, and I have learned so much from him as a coach.  I know there is much more to continue to learn from him, too.

JWOS: Describe your coaching style to me. What do you see as your greatest strengths as a coach?
Doria: I would describe my coaching style to be very holistic. First and foremost, I want to help build student-athletes into better people. I have always had a mantra of being “Uncommon,” meaning: running your own race whatever that race may be, and always giving it 100%.

JWOS: If we’re having this conversation one year from now, what do you want to see happen in your first year at Maryland that would let you sit back and say ‘this has been a successful year’?
Doria: I want to look back and see my family and me totally engrained in the Terp Softball Family, and have Maryland feel like home, both on and off the field. I want to be a part of taking Maryland Softball to the top third of the conference, knowing that a Big10 championship is within reach. The growth of the softball community as a whole at Maryland is a huge vision.