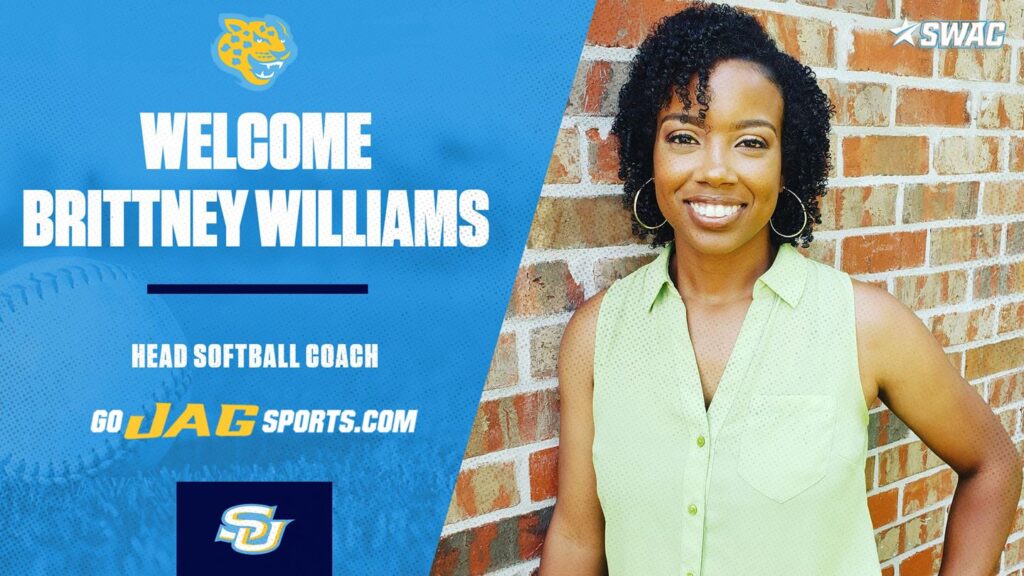 Brittney Williams has been named the new head coach at Southern, the school announced on Thursday.

Williams spent the last two years as head coach at East Ascension High School and previously coached at Zachary High School; both schools are in the Baton Rouge area.

“We are excited to have Brittney Williams lead our softball program,” Southern athletic director Roman Banks said in a school statement. “Her experience playing and coaching the game at different levels are the foundation of her coaching pedigree. With being local she will help play a key role in recruiting and bringing in the community. I look forward to Southern’s Softball’s future as it continues its first-class success on the field, in the classroom and in our community.”

According to her Twitter page, Williams also works as a realtor. She is the younger sister of Illinois head coach Tyra Perry.