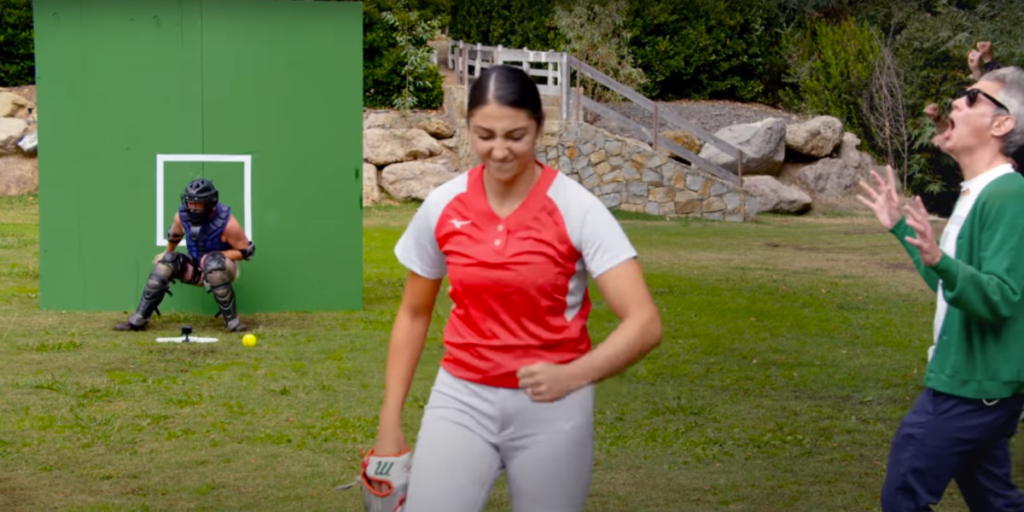 O’Toole appeared in the 2 minute, 20 second film trailer, which appeared online on Tuesday. You’ll have to watch the trailer itself to see O’Toole’s cameo, but suffice it to say that she shows off her pitching skills.

In addition to O’Toole, other sports stars appearing in the trailer or mentioned in the film’s online credits include Shaquille O’Neal and Tony Hawk.

Originally a reality-comedy TV show, the Jackass brand expanded following the show’s cancellation in 2002; the 2021 film is the fifth feature film in the franchise. The premise of the brand includes a cast of characters carrying out stunts and pranks on each other and the public.

A part of the Mexican National Team, O’Toole is currently in Tokyo, Japan as part of Team Mexico’s first-ever Olympic softball roster. The Mexican squad will make their Olympic debut against Canada in the finale of day one of play in Tokyo.

The trailer to Jackass Forever can be found here; O’Toole’s appearance comes around the 1:25 mark in the video.