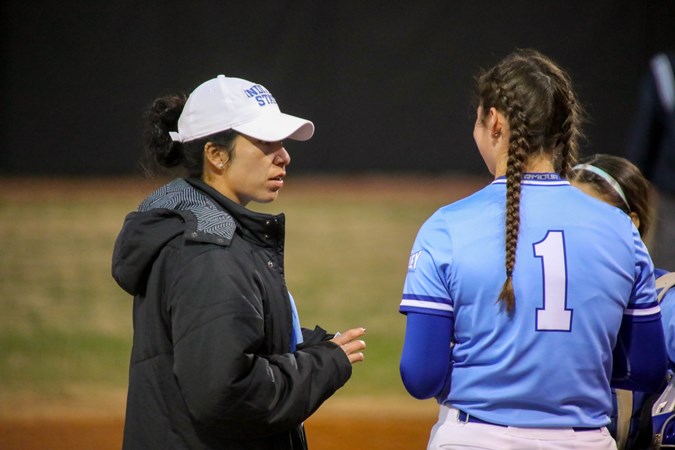 Arevalo will work directly with the Mavericks’ pitching staff. She joins the Mavs after spending the 2021 season as a volunteer assistant at Oklahoma, where she was part of the coaching staff that helped lead the Sooners to the national championship.

Prior to her tenure at Oklahoma, Arevalo spent three seasons as the pitching coach at Indiana State, helping lead the Sycamores to their best conference finish in nearly three decades in 2018. She guided the staff to a single-season saves record also in 2018. Her coaching resume also includes a stint on staff at Samford from 2015-17, where she helped guide the Bulldogs to a SoCon championship in 2016.

During her playing career, Arevalo helped lead the Georgia Bulldogs to back-to-back Women’s College World Series berths in 2009 and 2010 and ended her career with 476 strikeouts, good enough for 4th-place all-time in program history at that point. She went on to play two seasons of professional softball with the Akron Racers.

“Erin is great in the bullpen and I know she will do a wonderful job developing competitors and creating relationships with the pitchers at UT Arlington. I know she will have her staff ready to compete,” Oklahoma associate head coach Jen Rocha said in a release announcing Arevalo’s hiring at UTA.

Arevalo replaces Miranda Kramer in the pitching coach role; Kramer departed the staff earlier in the year to make a family move.