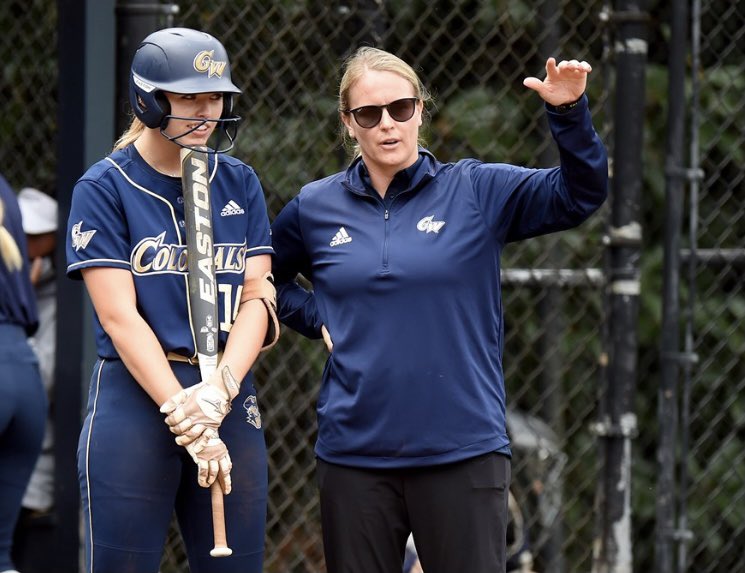 Never doubt a coach’s commitment to their team, especially a coach who’s willing to take two dozen pies to the face to help her team raise money.

That’s the commitment that George Washington first-year head coach Chrissy Schoonmaker made in late September when her team fundraised as part of GW’s Buff & Blue Fund Challenge. The deal was simple: If GW softball reached their fundraising goal, then every member of the team got to take a turn at “pieing” Schoonmaker in the face.

Schoonmaker’s players reached their target and on Thursday, their coach made good on her promise. “This is a $5,000 pie,” one player said before the pies started flying, referencing the team’s original fundraising goal.

While some of the players took a traditional approach – and took pity on their whipped cream-covered coach – others changed things up a bit. Ace pitcher Sierra Lange first made sure that her coach already planned to shower after the fun was over and, after receiving confirmation, wound up and delivered a hearty toss of the pie directly on top of Schoonmaker’s head.

After another player made sure that her coach had a *full* head of whipped cream, a teammate could be heard saying, “She has a meeting after this!”

Check out the video of the fun, below!