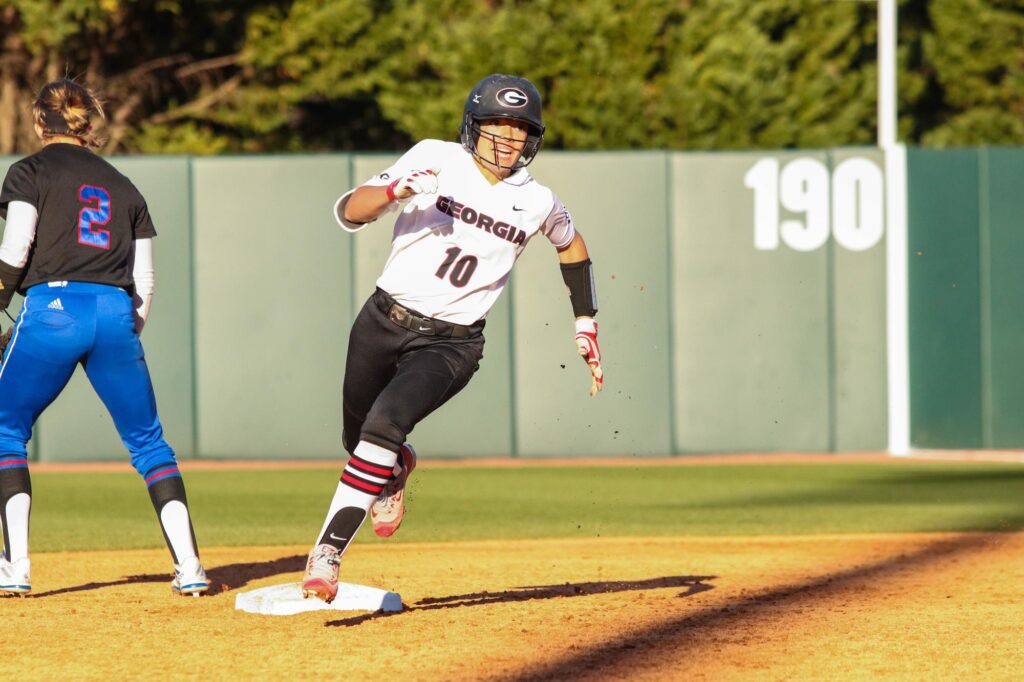 UPDATE 04/16/20: On her social media page on Thursday, Doggett confirmed that she will transfer to Oklahoma State. On her Twitter page, Doggett wrote, “See you soon, stillwater [sic]. go pokes.”

Georgia utility player Jordan Doggett has entered the NCAA’s transfer portal, JWOS has learned. She will be a graduate transfer in 2021.

Doggett’s name appeared in the portal on Tuesday, sources confirmed. She was the second SEC player to enter the portal on the day, following Kentucky freshman Gabi Deters.

A true utility player during her career in Athens, Doggett was the Dawgs’ starting left fielder during the abbreviated 2020 campaign. At various times during her career, she started regularly at both second and third base, as well as designated player.

The McDonough, Georgia native ended the 2020 season with a .360 batting average, scoring 27 runs with eight extra base hits, including three triples. She recorded a nine-game hitting streak to begin the season, and tied her career high with two home runs. During the 2019 campaign, her last full season in a Dawgs uniform, Doggett batted .316, scoring 28 runs and recording twelve doubles and two home runs.