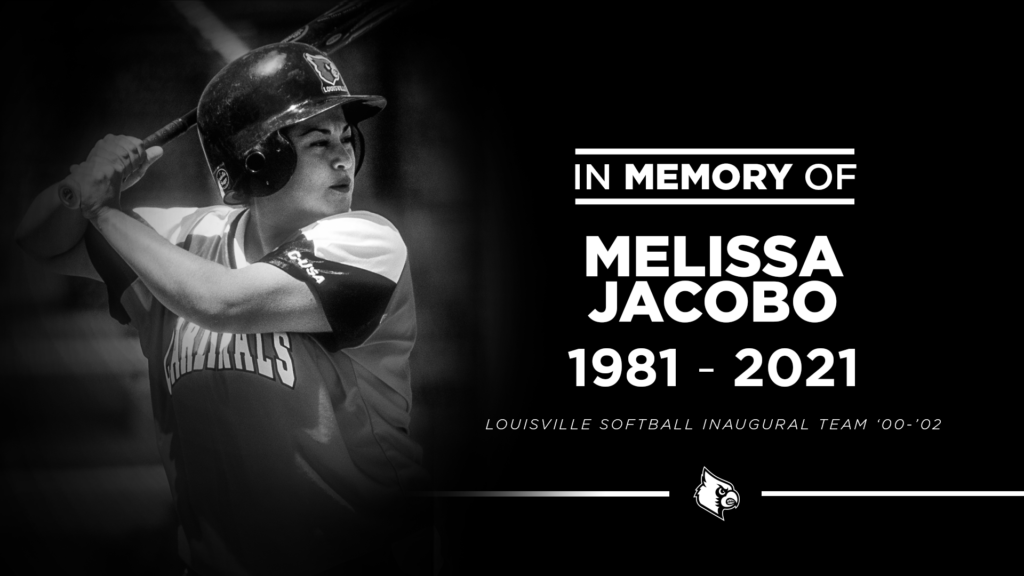 Melissa Jacobo, who was part of the inaugural Louisville softball team in 2000, passed away on January 11th. The news of Jacobo’s death was announced in a press release from her alma mater.

Jacobo played for the Cardinals from 2000-02, and served as the team’s starting third baseman during her career. She hit the first double and first grand slam in program history, and finished her career with a .339 batting average, fourteen home runs, and 99 RBIs.

In addition to her statistical achievements, Jacobo was the first Louisville player to earn first-team all-region honors from the NFCA, and was twice named to the all-Conference USA squad. She added All-Tournament Team honors in 2001.

Quoted in the Louisville press release, Cardinals program architect and Jacobo’s former coach Sandy Pearsall said, “When we were preparing for a team take the field for the first time in school history, we knew that we needed student-athletes who could help us to be immediately competitive and Melissa fit that bill perfectly. Her play at third base was always solid and she was one of the most consistent and powerful hitters that I have seen. She loved the game of softball and she loved Louisville. Beyond that, Melissa was a genuinely good and caring person with a big heart and a big smile. She will truly be missed by many.”

Jacobo is survived by her 15-year-old son Devin.