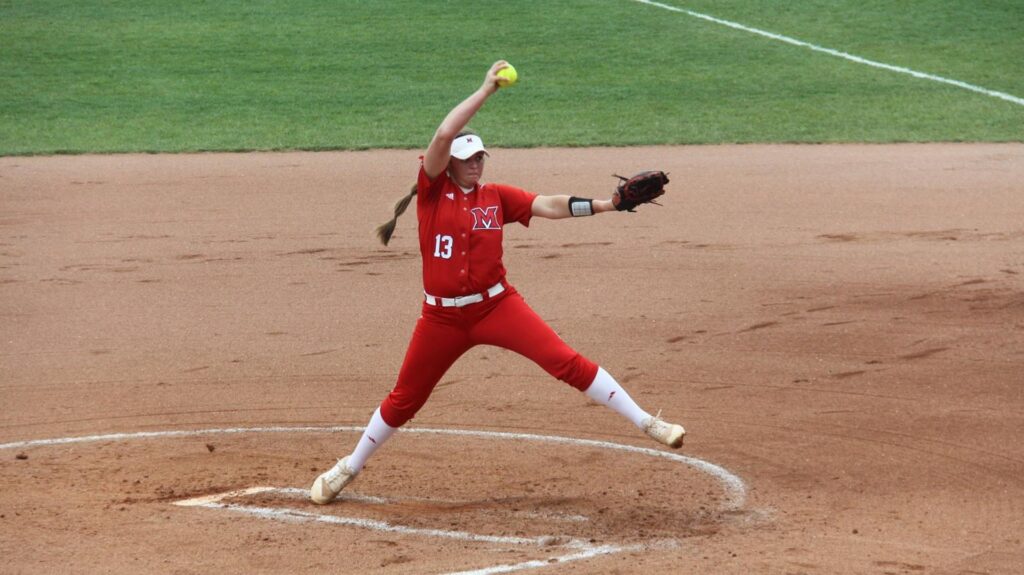 Miami (OH) pitcher Courtney Vierstra has been named the JWOS Player of the Week for her efforts during Week 9 of the regular season.

In a conference series against Akron, Vierstra started three of her team’s four games and recorded a no-hitter and a perfect game in two of her three starts.

During the series opener on Friday, Vierstra threw a 5-inning no-hitter, with the only blemish on her record a 1st-inning hit batter that was erased in short order on a stolen base attempt. She recorded twelve strikeouts in the game, and threw just 66 pitches in the run-rule-shortened affair.

Game 2 of the series marked Vierstra’s second consecutive start, and she went 4.1 innings in the circle, allowing three hits and one unearned run, along with eight strikeouts and no free passes.

After not appearing in the third game of the series, Vierstra put together her finest achievement of the weekend in the series finale. Going a full seven innings in the circle, Vierstra did not allow a base run and recorded a perfect game. She struck out twelve batters yet again, and threw just 93 pitches en route to the milestone achievement.