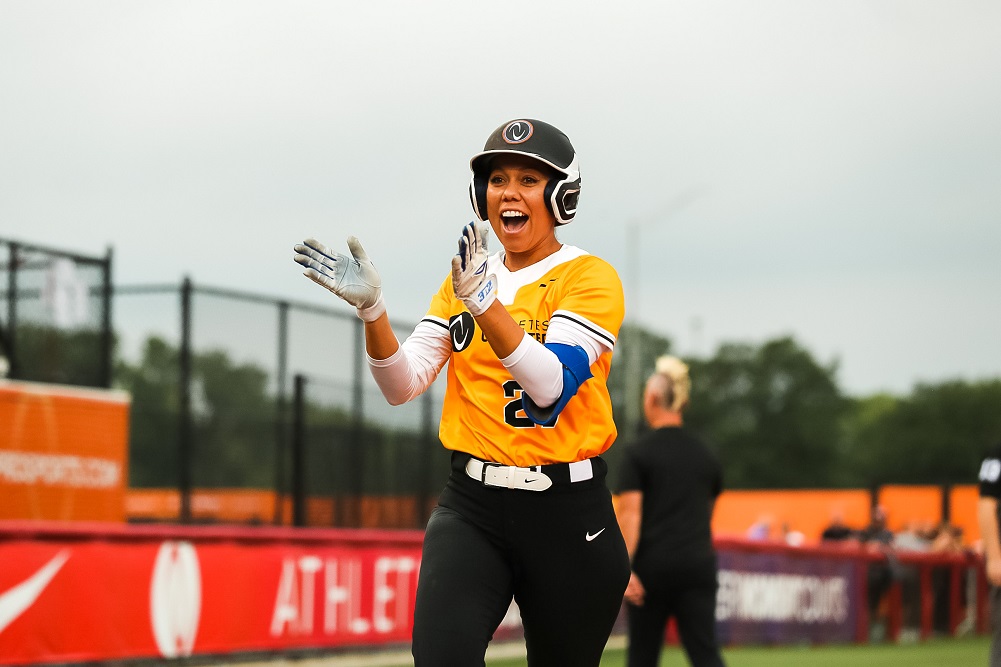 The 2021 season was Jaquish’s first on staff at Dixie State, coinciding with the Trailblazers’ inaugural year as a Division 1 program. She helped tutor the Trailblazer offense to a .294 batting average and 36 home runs as a unit; the squad finished the year 19-30 overall with six wins in conference play.

Prior to her tenure at Dixie State, Jaquish spent the 2019 season as an assistant coach at La Verne and served as a volunteer assistant at LSU, her alma mater, in 2018.

A stellar player during her collegiate career, Jaquish was the first player in LSU program history to be named an All-American in every season of her career in Baton Rouge. She finished her Tiger career as the program’s all-time RBI leader.

Playing her second season with Athletes Unlimited in 2021, Jaquish served as a team captain for 80% of the five-week season. Following the first week of AU play, when captains were determined by their 2020 statistical finish, Jaquish was a captain in every week of the league when captaincy was determined by present-year accomplishments. She finished 7th overall in the final league standings, with 1,570 points to her credit.