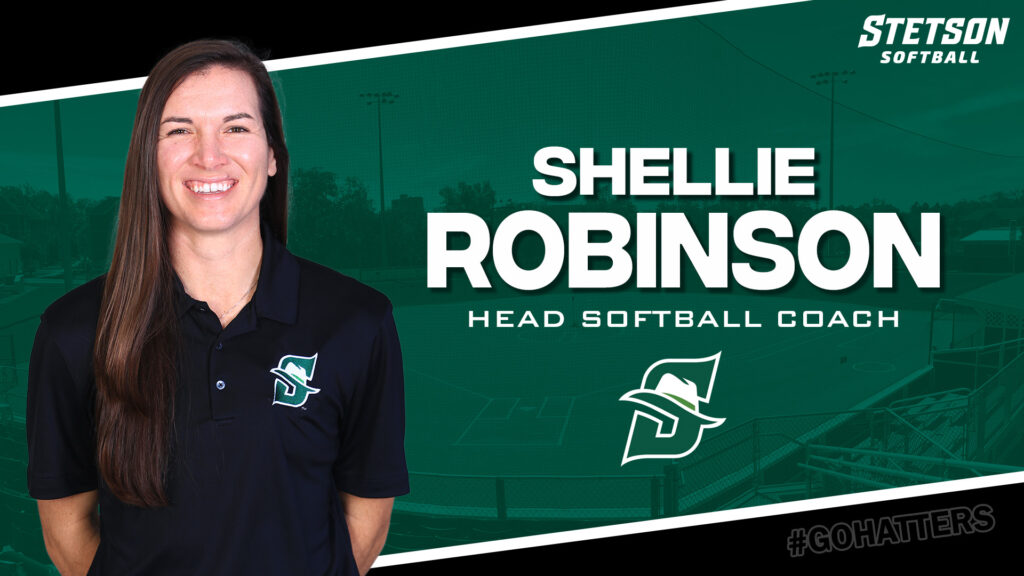 Stetson has promoted Shellie Robinson to head coach, the program announced on Monday.

Robinson spent the past two seasons on staff with the Hatters, serving as an assistant to Frank Griffin prior to his retirement this summer.

“The opportunity to lead the Stetson Softball program is truly a dream come true,” Robinson said in a school relese.  “DeLand is home for me, and the past two years have really shown that there is nowhere else I would rather be. The passion that I have for this team, this university and this community is unmatched. I am ready to get to work and hit the ground running.”

Prior to joining the Hatters’ coaching staff, Robinson served as an assistant coach at North Greenville University and Furman. During her playing career, Robinson was an All-American at USC Upstate, twice being named the ASun Player of the Year and setting an Upstate program record with 70 career home runs.