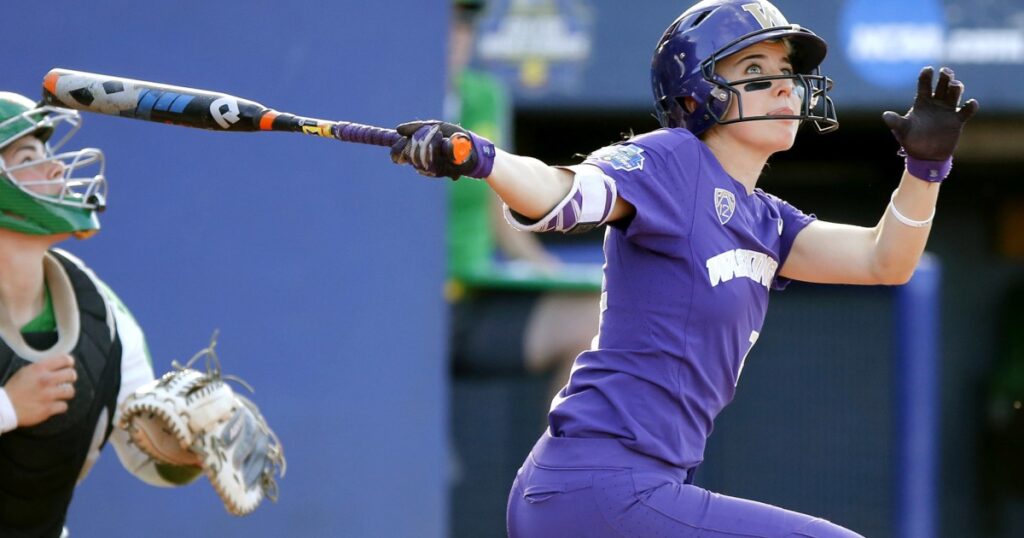 “I am SO SO excited to announce my partnership with [DeMarini],” Bates wrote on Instagram. “From such a young age I fell in love with these products and have used them ever since! Excited for what’s to come.”

Bates is currently playing for Athletes Unlimited in her first professional venture. With two games remaining in Week 4 of the AU season, Bates ranks 14th overall on the unique player points list.

A 3-time All-American during her playing career at Washington, Bates was named the PAC-12 Defensive Player of the Year in three consecutive seasons when the award was presented. She set the UW program record for career hits and career triples during her final season and ended her Husky career with a .385 batting average and a .450 on-base percentage.

After graduating from UW following her “super senior” season in 2021, she will return to Seattle as a student-assistant coach for the Huskies next season.