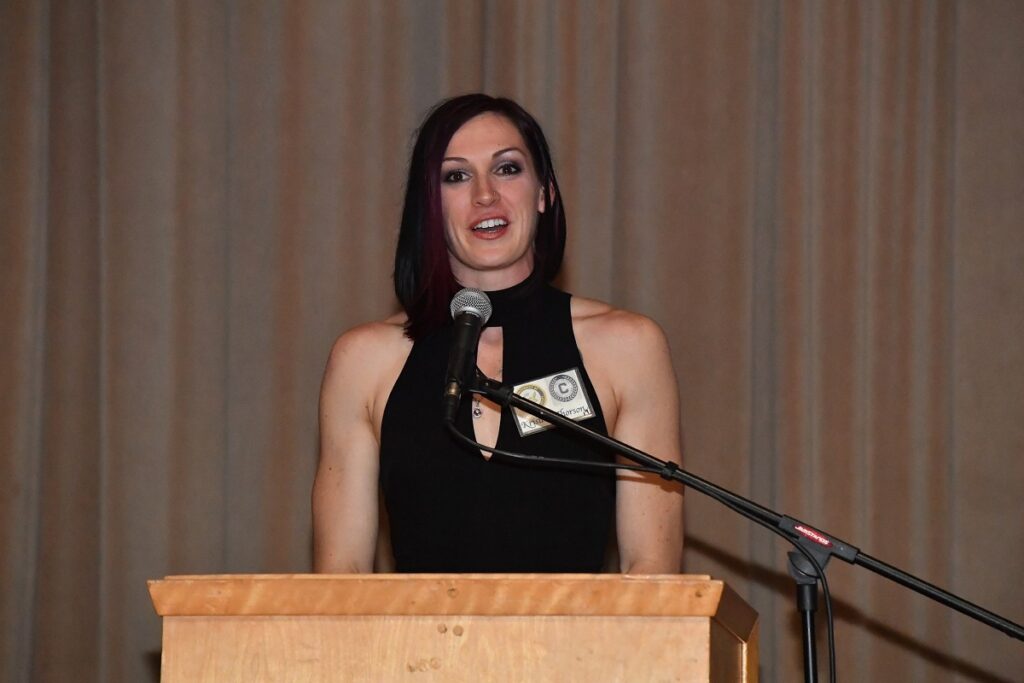 Two college teammates and a dream of coaching together at their alma mater. Sounds almost like the start of a feel-good movie plot, doesn’t it? Add in a climax of the pair realizing that dream fifteen years later and it’s almost as if the story has been ripped from the desk of a Hallmark Channel scribe.

When Kristina Thorson and Chelsea Spencer were teammates at Cal in the early 2000s, Spencer knew even then that her dream job was to be the head coach of the Golden Bears and she had it planned out on who she would hire as her pitching coach when the time came: The 5’7” right-hander that she played behind every weekend.

“Chelsea and I talked about this in college,” Thorson said. “She knew then [that she wanted to be Cal head coach], and she basically told me that I was going to be her pitching coach when that happened. That was something that we talked about then, and then we played a couple of years together [professionally]in Philadelphia and we also talked about it then.”

Spencer graduated from Cal in 2005; Thorson hung up her Cal jersey one year later in 2006. Both played professionally for several years before each took a different coaching path; Spencer aimed for the collegiate game while Thorson stuck to private lessons and some occasional, lower-level coaching gigs.

Last summer, when Spencer was named head coach at her alma mater, the Golden Bear alumni base celebrated: A daughter of the program had returned home to lead Cal softball back to its former glory. For Thorson and other former teammates, the jubilation was even greater as they saw not only the potential of where the program could go, but saw their old friend finally take on the title that she had worked towards for years.

Fast forward one year to August 2021. Spencer’s first season leading Cal had gone about as well as could be expected for a rebuilding program in the midst of an ongoing pandemic, but that wasn’t the most pressing issue: The Golden Bears needed a pitching coach and fall practices were just a few weeks away.

During her professional playing career and since she began giving private instruction, Thorson had resisted the possibility of coaching in college. She coached a handful of young travel ball teams when asked and dabbled in high school coaching, but never desired to step up to the next level. Only one particular scenario might intrigue her enough to make the jump.

“Coaching with Chelsea at Cal is the only combination of program and head coach that I would have considered,” Thorson noted.

In addition to her private instruction, Thorson also breeds and raises show dogs. Her full-blood Cane Corsos have won a number of awards at various shows, including Laefa who was named Best of Breed at the Westminster Kennel Club dog show that was held at Madison Square Garden in February 2020.

When she got that call in late August, Thorson’s response reflected the uniqueness of her situation.

“I told her ‘I don’t know’ when she offered it to me,” Thorson said with a laugh. “Not because I didn’t want the job, but because life is complicated sometimes.”

Over a matter of days thereafter, things seemed to fall into place. Laefa and her fellow canines would be tended to. Family situations worked themselves out. Other instructors took over giving private lessons so that her young clients weren’t left hanging. Most of all, Thorson knew that she wanted to take the plunge.

Less than a week after she got Spencer’s call, Thorson returned the favor and made it official: She was in.

Working with one’s former teammate can make for an interesting dynamic. For Thorson’s part, she doesn’t expect to have to get used to anything new, for one very simple reason.

“Chelsea was always the boss. She was always the boss when we played,” Thorson said with a chuckle. “She’s a natural-born leader so she knows how to rally people to build the vision that she has in her head while still letting them do it their own way. Honestly, as good of a physical player as she was, that was her best attribute when we played were her leadership skills.”

College coaching is quite different from giving private instruction, but Thorson said that she doesn’t anticipate her methodology and coaching style changing very much, though she is looking to expanding her horizons to a certain extent.

“I’m excited to spend more time being able to talk strategy,” she mused. “With my private lessons, I don’t get much opportunity to talk game strategy and how to utilize your tools and take advantage of situations. Lessons revolve mostly around mechanics and the mental game, and that stuff will still be similar, but now I’ll get to talk strategy and break down hitters… real game prep!”

With two legendary former Golden Bears now reunited in Berkeley, the mission is clear: Build Cal softball back to where it once was. For Thorson, that’s her greatest goal.

“When I played, we were a perennial powerhouse,” Thorson said. “We were consistently ranked in the top five and the program was like that for years. In my mind, that IS Cal softball. That we haven’t lived up to that for the last few years is not what the program should be… that’s one reason that, as alumni, we’ve been so excited about Chelsea being the head coach is because we know she has the ability to do that. And now that I have the chance to have an impact on that, too, because I’ve been there and know what it takes, is really exciting.”