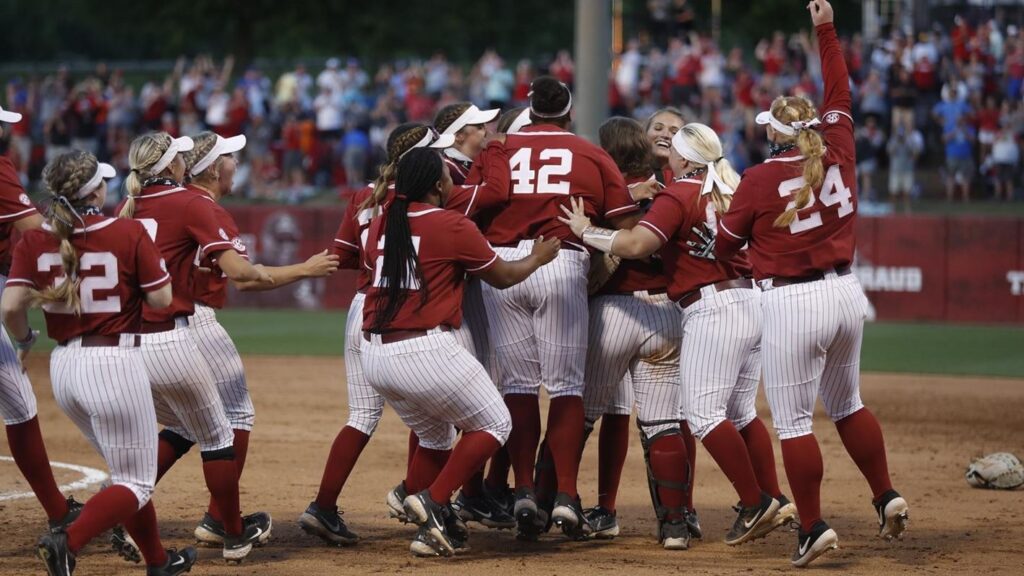 One game to monitor this weekend is Game 2 of the Washington and Oklahoma series, which is scheduled to air on ABC.

The Huskies-Sooners Super Regional also marks the return of Jessica Mendoza to the softball broadcast booth, as she reunites with Beth Mowins, Michele Smith, and Holly Rowe for the call in Norman.

Kevin Brown and Amanda Scarborough will be in Baton Rouge to call the Florida State/LSU Super Regional; Brown and Scarborough called the Austin Regional last week, including the late-night, winner-take-all Game 7 between Oregon and Texas.

Remaining broadcast pairings for the Super Regional round include:

Tournament ratings are in

Alabama’s win over Florida in the SEC Tournament championship game on May 15th was the most-watched softball game of the 2021 season, to-date.

The matchup was also the most-watched SEC Softball Tournament championship game since 2016.

The Crimson Tide’s 4-0 win over the Gators drew 563,000 viewers on ESPN, which is up from 2019’s edition of the SEC Softball Tournament championship game between the Gators and Tide which drew 549,000 viewers.

The Blue Devils’ 2-0 win over the Tigers was also the 3rd-most-watched ACC title game since 2015, trailing only the 2019 edition and the 2016 title game which pitted Notre Dame against Florida State and drew a 486,000 number.

The Big 12 tournament championship game between Oklahoma and Oklahoma State aired on ESPN2 for the first time and drew 369,000 viewers. The game was the fourth time that the two teams have met this season.

These numbers are a good sign that the NCAA Tournament will produce solid viewership numbers after a 1-year absence and avoid a downturn in viewership, as some other sports have suffered during the pandemic.