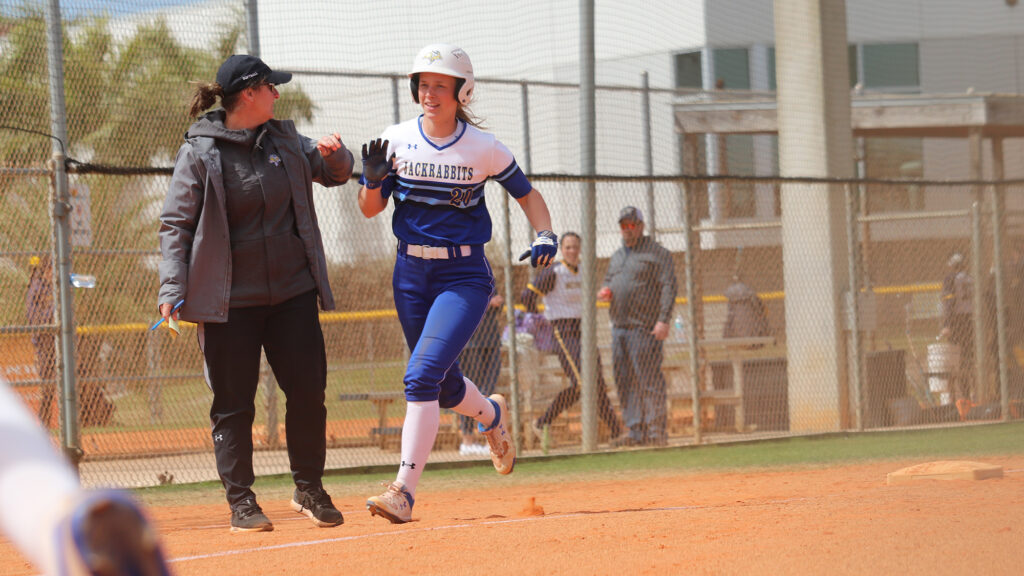 South Dakota State infielder Lindsey Culver has been named the JWOS Player of the Week for her efforts during week eight of the Division 1 season.

Culver batted .692 on the weekend, collecting eight extra base hits and helping lead her team to a 4-game sweep over Western Illinois.

In the series opener, Culver went 2-2 at the plate, with two RBIs, a walk, and three runs scored. Both of her hits went down as home runs, as one went over the fence and the other was an inside-the-parker that she hit on a 3-2 pitch to cap her team’s 12-run onslaught.

Another 2-home run performance followed in game two, when Culver went 3-4 at the plate with three RBIs and three runs scored. She led off the scoring with a 2-run jack in the second inning, and also scored the final run of the game with a solo home run in the 7th inning that again came on a full count pitch.

The “super freshman” infielder went 1-3 with a triple and a run scored in the series’ third game, and again unleashed her bat in the series finale. A 2-run home run – her fifth bomb of the weekend – highlighted a 3-4 performance at the plate that also included Culver’s second triple of the weekend series.

Culver finished the weekend 9-13 at the plate (.692), with five home runs, two triples, one double, seven RBIs, and eight runs scored. Her slugging percentage registered at an incredible 2.231 for the series.