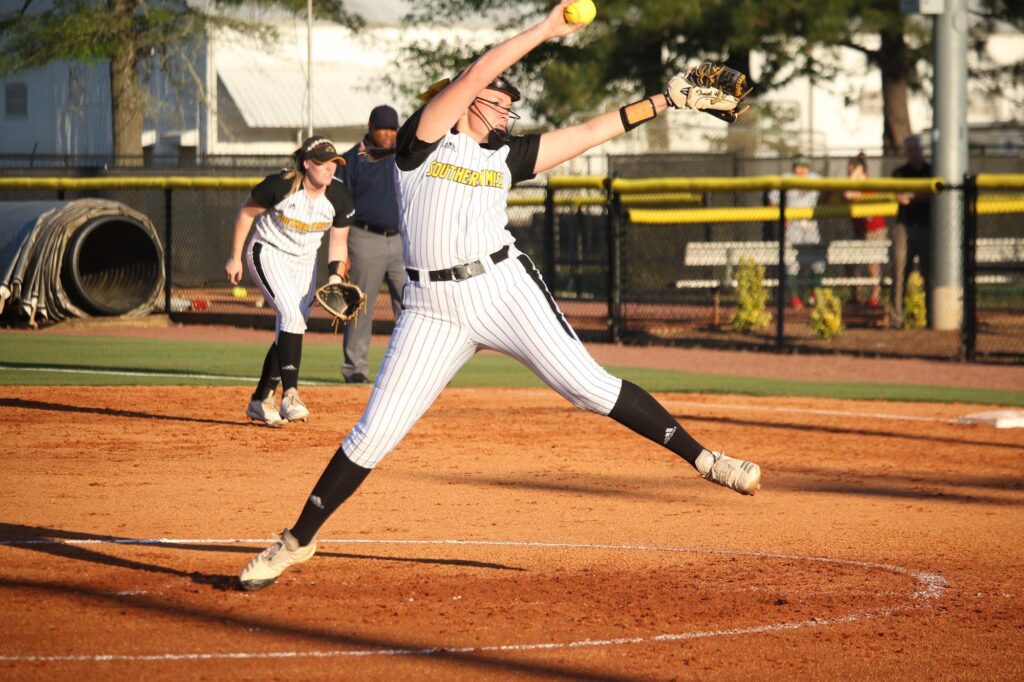 Ladner later confirmed the news on social media, writing in a thread on Twitter, ““For I know the plans I have for you,” declares the Lord, “plans to prosper you and not to harm you, plans to give you hope and a future”… It is with the heaviest, but most peaceful heart that I announce my entrance in the transfer portal. I am forever thanking the Lord for the journey he took me on to get to Hattiesburg, Mississippi. The memories and friendships are ever-lasting… Thank you to everyone who has supported me while wearing the black & gold. While I’m not sure what’s next, I’m hopeful for such a promising future.”

The Golden Eagles’ innings leader through the first 45 games of the 2021 season, Ladner owns a 2.70 ERA in 88 innings of work this year. She also leads the team in wins (9) and strikeouts (95), and is tied for the lowest opponent’s batting average (.238) on the staff.
As a true freshman in 2020, Ladner appeared in ten games for Southern Miss, recording a 2-4 record and a 1.64 ERA in 47 innings of work during the shortened year.
In late February, Ladner set a Southern Miss home record with 17 strikeouts in a single game.
Ladner is the sixth Golden Eagles player to enter the NCAA’s transfer portal since the start of the 2021 season. That number also includes her former travel ball teammate Madison Rayner, as well as Makenna Pierce, who is third on the team with 69.1 innings pitched this season. Pierce also entered the portal on Tuesday.
2021 season Conference USA softball featured Kaylan Ladner Southern Miss Golden Eagles Transfer transfer portal
Share. Facebook Twitter Pinterest LinkedIn Tumblr Email