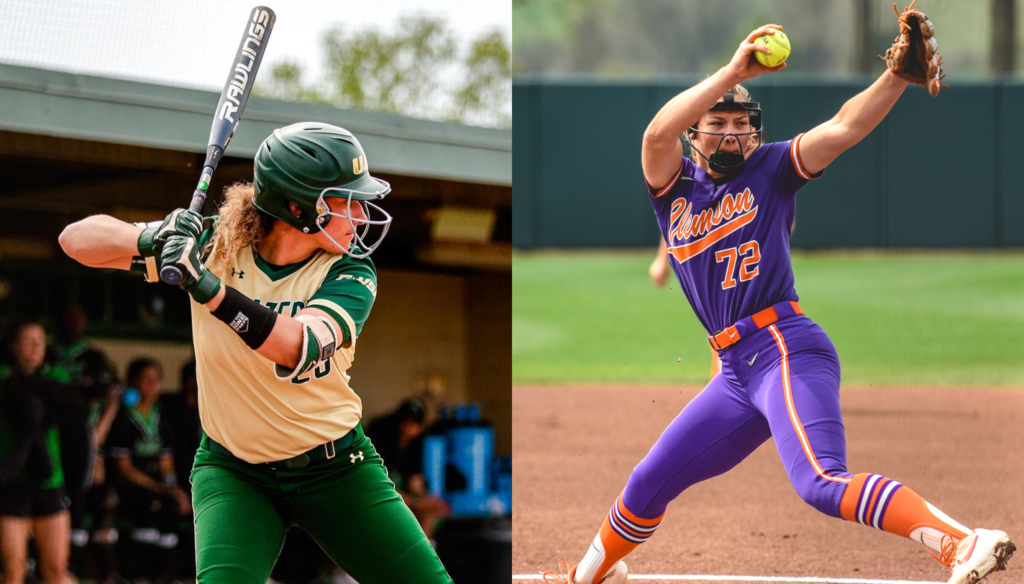 Clemson standout Valerie Cagle and UAB slugger Sierra Frazier have been named the JWOS Co-Players of the Week  for their efforts during Week 11 of the Division I season.

Frazier batted .462 on the weekend, helping her Blazers secure a series sweep over UTSA. Going 6-13 at the plate, all of Frazier’s hits went for extra bases, including three home runs as she touched ’em all in three of the four games against the Roadrunners.

Frazier scored six times and drove in six runs in the series, and hit a home run in each of the final three games of the series. She also earned a pair of walks on the weekend.

Appearing both in the circle and at the plate for Clemson, Cagle went 2-0 on the week with 20 strikeouts in 15.0 innings of work. She pitched two complete games against North Carolina State, collecting matching 10-strikeout performances in each, and threw an inning of relief to earn the save in the series finale.

In addition to her exploits in the circle, Cagle performed well at the plate, to the tune of a .750 batting average (6-8) with four extra base hits to her credit. She hit a pair of home run and also registered a pair of doubles, while also collecting three RBIs and scoring five runs. She was walked six times on the weekend, including a pair of intentional passes in the same game, one of which brought in a run.

The honor is the first of the season for Frazier, but marks the second straight week that Cagle has earned the award.