With postseason chances returned, Mizzou will rely on powerful core 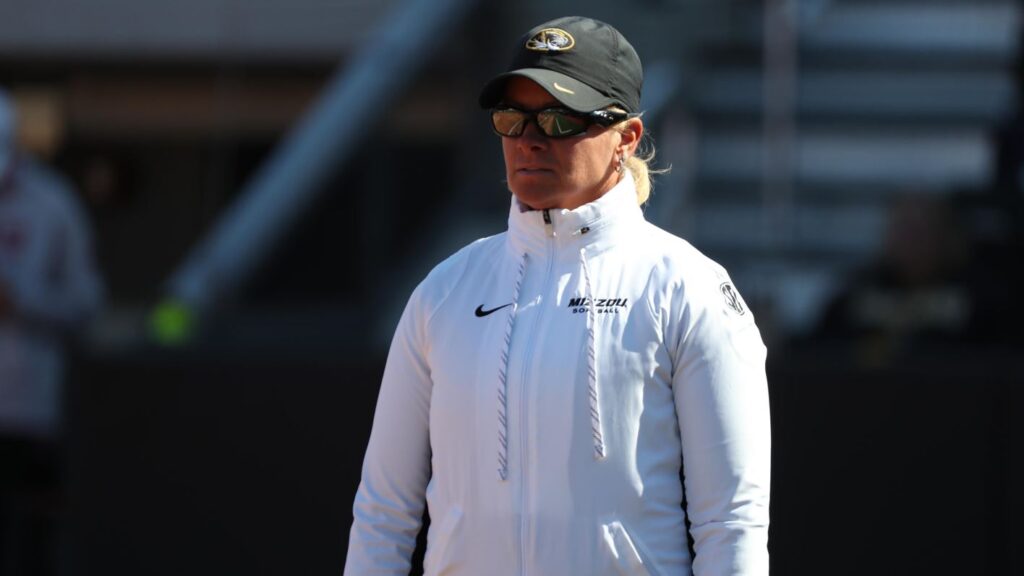 The 2020 season started on the wrong foot before the Missouri Tigers even hit the field. Penalized for the actions of a long-gone former student-athlete, the Tigers were hit with a 1-year postseason ban and would have to miss the NCAA tournament. With a chip on their shoulder and looking to prove a point, the Tigers began the season on a 9-game winning streak and were ranked in the coaches poll when the season abruptly ended.

“[During the 2020 season], our whole mission was to play every single game as though it were a championship game,” Mizzou head coach Larissa Anderson said in a recent phone interview. “That’s the mentality that our players learned. So when COVID hit and our season was done, there was no regret whatsoever, because we left everything on the field every single game. Yeah, there’s disappointment that we couldn’t carry it out and really prove it to the rest of the country, but I also think we had already done that up to that point in time.”

As the 2021 season nears, the Tigers are no longer fettered by a postseason ban and will look to build on their highly-successful endeavors from this past spring’s shortened year. “When we had our first team meeting in August, it was really about ‘what has 2020 taught us’,” Anderson shared. “It’s every coach’s dream to say ‘play every game as if it is your last,’ and my team experienced that. And now, applying it to 2021, I really haven’t had to bring it up, because they’ve been there, they’ve been through it.”

When Anderson’s squad returned to campus in the fall and began team activities, the Tigers were able to avoid suffering from any major COVID-19 effects. A couple of early positive tests and some contact tracing were the main virus-related happenings for Anderson’s club, and her team’s general responsibility even allowed the Tigers to play with some fans in the stands late in the fall season.

“We were doing some intersquads, and in the last two weeks of October, we had our Black & Gold World Series,” Anderson said. “We had umpires come in, and we were able to open up our stadium to donors and season ticket holders. We announced who was batting, music played in between innings, and we tried to create as much of a game atmosphere as we could… overall, we’ve been in a very, very good situation.”

One of the deepest pitching staffs in the country last season called Columbia, Missouri home, and the Tigers return the vast majority of that same staff in 2021. One of the non-returners is Eli Daniel, who was also the team’s only senior and declined to utilize the NCAA’s extended eligibility waiver.

Each of the Tigers’ five pitchers on the current roster adds a unique element to the staff, Anderson said. “Megan Schumacher went home this summer, watched every single game that she threw, watched her body language and her demeanor, and she wrote down in a journal what kind of a pitcher she wants to be. Her mental process changed, and that has just helped her performance… Jordan Weber, I would say, is probably our most consistent pitcher. She gives you the same effort and energy every single day… Emma Nichols, we’ve added a couple of pitchers to her repertoire. With Emma, she knows exactly where the ball needs to be, and she’s gotten even better with her control and her command… Sophie Dandola came back [in the fall]and was in a totally different shape. She’s a freak athlete to begin with, and so strong, but she was just so lean and it helped her body move better… and then Lauren Krings, our freshman. She is going to be outstanding with her ability to naturally spin the ball, and she came in very prepared.”

As good as the Tigers’ pitching staff proved to be a season ago, the team’s offense also showed out on numerous occasions. The team will get a veteran boost in ’21 as former Louisiana-Lafayette transfer Casidy Chaumont is fully healthy and should be a major contributor in the Tigers’ lineup. The former Ragin’ Cajun will be found on the outfield grass now, and Anderson notes that the Moss Bluff, Louisiana native’s “arm is ridiculous, and her range is absurd.”

For her offense as a whole, Anderson summed things up succinctly: “They’re just so powerful,” she acknowledged with a laugh. “We have our entire lineup back. You go from Wilmes to Rollin to Kessinger to Wert to [Hatti Moore]; it’s just ridiculous the amount of power that they have. Our opponents can’t afford to make a mistake to the top of the lineup, and we can go down to about seven deep and then we’ve got two people at the bottom who are battling things out, but it’s really just exciting to see the experience that they have, too.”

Question marks abound about what the 2021 season will look like, even with just weeks to go until what is scheduled to be opening weekend. While the SEC has taken a wait-and-see approach before finalizing scheduling plans, Anderson’s preparation with her team hasn’t changed.

“My whole philosophy about preparation is something that started back with Bill Edwards at Hofstra,” Anderson said. “It’s always been to just prepare my team. That’s what I focus on. I don’t focus on who we are playing, and I don’t change my approach based on who our opponents are going to be. I need to prepare Mizzou Softball, and I need to prepare them for a game on February 12th. I don’t care about cancellations, or COVID, or weather. I don’t prepare my team for a rain delay; I make sure that this team is prepared and in the best possible situation to be successful. If things change, we make adjustments, but we don’t have control over those things. I can’t worry about things that are out of my control.”