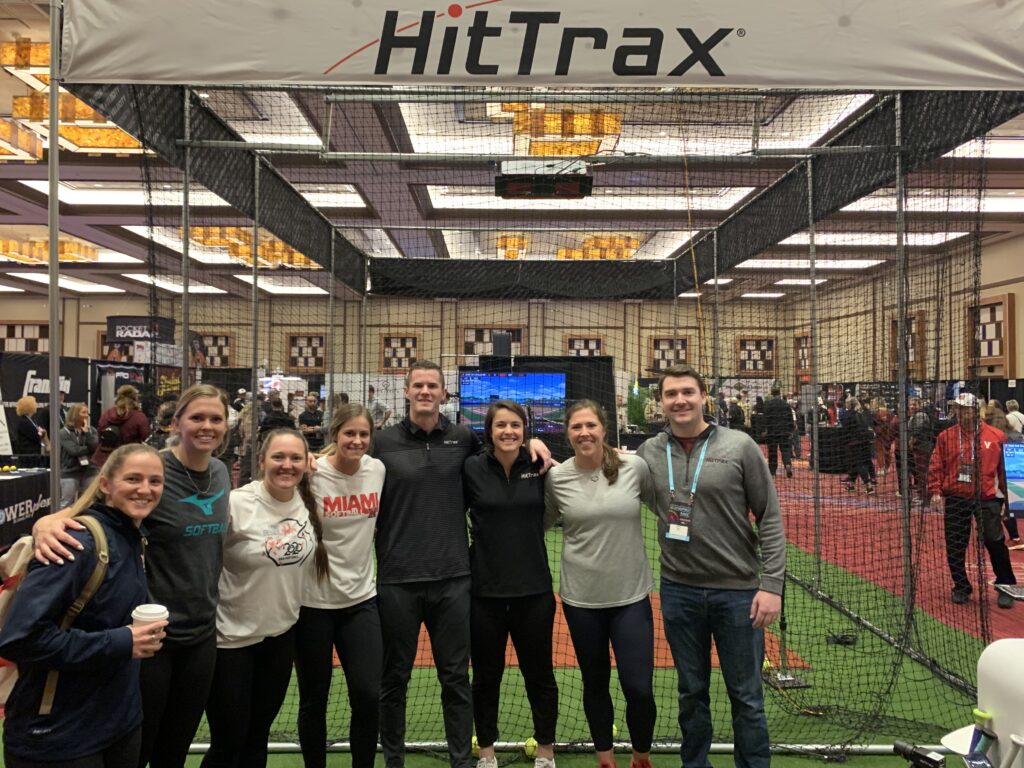 The Home Run Derby – which takes place in a batting cage and uses the HitTrax software to track the “home runs” – was held at the NFCA Convention in Atlantic City, New Jersey. The Derby earned significant acclaim following its debut at the 2018 event, and made a return for the ’19 edition of the convention.

HitTrax labels itself as ‘the only data capture and simulation system that provides powerful performance metrics with a game time experience’. The high-level analytic system is used primarily for developing hitters, pitchers, and catchers. According to a company spokesperson, “HitTrax offers immediate feedback and real-time data to engage the hitter, increase quality reps and maximize results.”