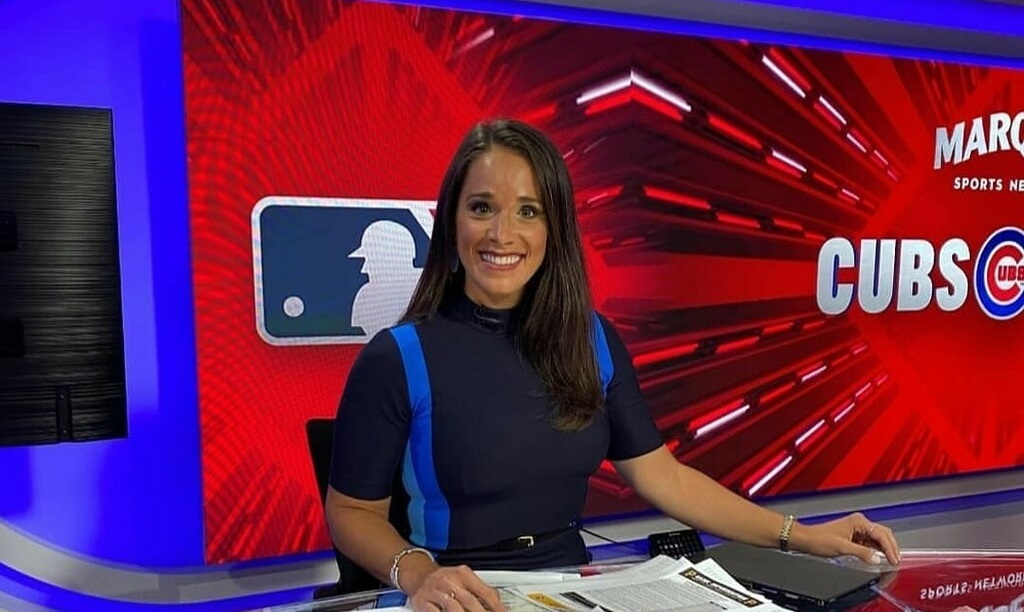 Elise Menaker‘s broadcasting career is blossoming as she was recently named as a broadcast analyst for Iowa Cubs baseball games.

In early June, Menaker was selected to analyze a slate of games for the AAA team that would air on Marquee Sports Network. The regional channel, which is owned by the Cubs and exclusively broadcasts the franchise’s content, is slated to show a dozen Iowa Cubs games through the summer, according to an announcement about Menaker’s assignment.

Menaker joined Marquee Sports Network in February 2020, prior to the network’s official launch. She has worked for the channel since that time, and has received praise for her work.

“Elise has been doing terrific work on Marquee, and we know she and Alex Cohen will do a great job,” Marquee SN’s senior vice president of programming and production Mike Santini said in the announcement, as he referenced Menaker and her play-by-play partner with the I-Cubs.

When she is not on assignment for Marquee SN, Menaker also works in a variety of roles for the Big Ten Network. She has served as a football sideline reporter; studio host; and softball game analyst at various times for BTN; she received some “lead analyst” assignments during the 2021 Big Ten conference-only softball season.

A 2010 graduate of Cornell, Menaker is well-versed in the diamond sports after a stellar playing career for the Big Red. A three-time All-Ivy League selection during her career, Menaker graduated with the program record for career doubles and was elected to the Cornell Athletics Hall of Fame in 2010.

A recent article on the Marquee Sports Network included a behind-the-scenes look in a “Day in the Life” of Menaker as she prepared for the June 10th Iowa Cubs broadcast, her first in the role. That article and video can be found here.