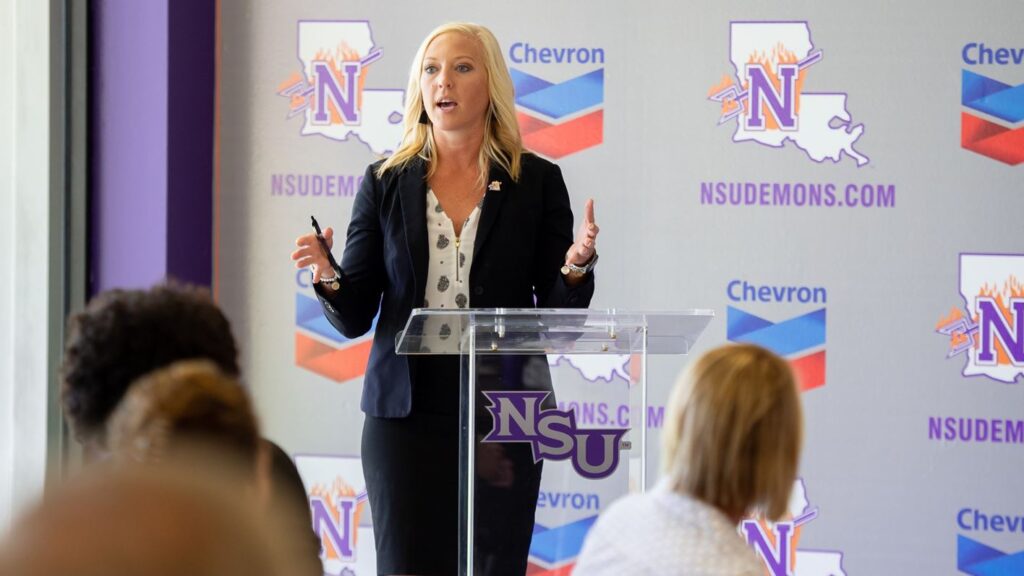 Taitano will fill the FCS Senior Woman Administrator position on the committee. The spot is being vacated by Central Arkansas SWA Natalie Shock, by virtue of UCA’s transition from the Southland Conference to the ASun Conference which will take place on July 1.

By filling Shock’s position on the committee, Taitano will also take over her term. Normally four years in full, Taitano will serve a 3-year term ending in August 2024.

Now in her fifth season as an athletic administrator at Northwestern State, Taitano is in her second year with the title of Deputy Athletic Director. Prior to being promoted to deputy AD, Taitano spent three years as the Demons’ associate athletic director for external affairs.

In addition to her work as an administrator at Northwestern State, Taitano previously worked in the Stephen F. Austin athletic department and coached track & field and cross country at NSU.

A nine-member committee, the Softball Rules Committee consists of four coaches and four administrators, as well as the non-voting Secretary-Rules Editor. Coaches and administrators from Divisions I, II, and III are all part of the committee. Taitano will be one of four Division I representatives on the committee; she is joined in that distinction by UNC Greensboro head coach Janelle Breneman; Florida Gulf Coast head coach David Deiros; and Texas head coach Mike White.