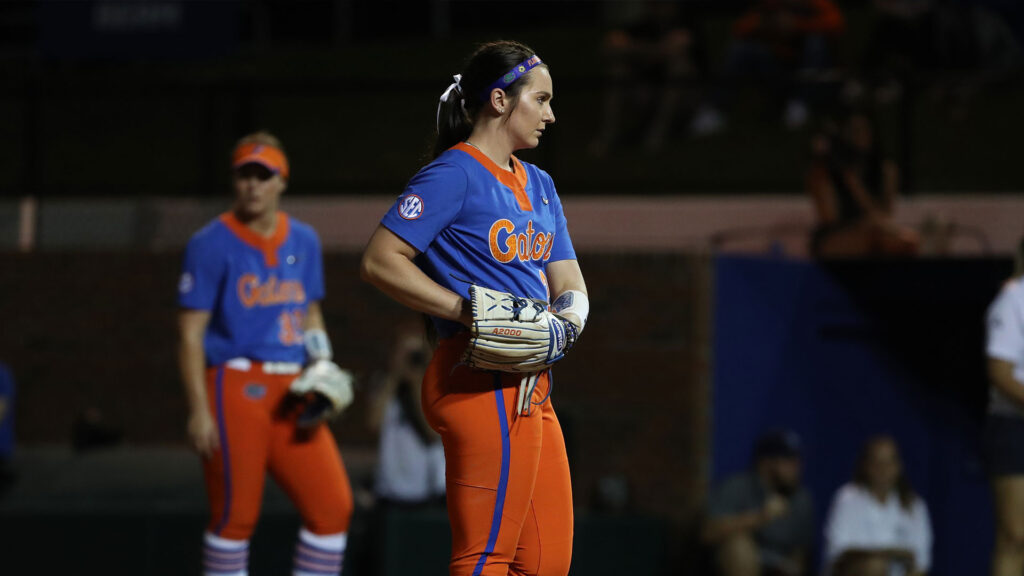 A native of Monticello, Florida, Elizabeth Hightower grew up roughly forty minutes from Tallahassee. For the native of the panhandle, though, she knew she wanted to be a Florida Gator from the moment she set foot on the Gainesville campus.

“As soon as I stepped on campus, I knew I wanted to be here,” Hightower said in a recent phone interview. “The culture of Florida softball was always the best, and you knew that if you played for Tim Walton, he was going to get and expect the best out of you. I knew if I came here [that]I was going to get the best college experience, the best education, as well as play for national championships.”

During the first month and a half of the 2021 season, Hightower has emerged as the ace of the Gator pitching staff, and has turned heads with her performance and leadership in the circle. Even though she has collected respectable stats during the first two years of her college career – she owned a 2.27 ERA entering this season – something seems different, perhaps even improved, about the junior hurler when she steps into the circle this year.

Those differences and improvements are the result of concentrated effort by Hightower, and a challenge from her coaches.

“My fight is better. I’m competing pitch-by-pitch,” Hightower noted. “That’s not something that I felt so passionately about in the past, that fight. The fight and envisioning success are the real main differences to me… Coach Walton challenged me over the break, and I just made sure that I was going to keep working every day, fighting for a spot and a position this year. [Walton] is very honest, and I appreciated that and I was like ‘okay, let’s go. I’m going to compete for me, for the team, and for him. And because he was so honest with me, it’s made me a better person and a better player. My confidence has grown so much, not even just in softball but also as a person.”

Hightower’s numbers are so good this season that even absorbing a loss against UCF on March 24th didn’t take her ERA over the 1.00 line. A week later, after a series against conference rival LSU, her ERA stands at a comparatively-astronomical 1.07. She currently sports a .143 opponent’s batting average, 0.69 WHIP, and 69 strikeouts. If you want to know her stats though, Hightower herself is the wrong person to ask.

“I purposefully try not to look [at statistics],” Hightower said. “With social media, sometimes your stats get put out there and you might see it, but that’s not something I bank on a whole lot. Numbers or stats or any of that. I just go out on the field and do what I do.”

After the abrupt end to the 2020 season and the months of turmoil that followed, it would have been easy to fall out of a high-level athlete’s normal routine. Hightower, though, said that confidence in her teammates’ work ethics helped buoy her own self-resolve.

“Of everything, I think the team aspect is really what I was missing [during quarantine],” Hightower recalled. “Being home and being away from everybody, you really get to miss this group of people that you normally see every day. At the same time, though, knowing that we were all putting in the work that we needed to over the break and using that time wisely, when we got back, it was honestly extra special.”

With three weekends of conference play in the books, the Gators sport an 8-1 record. Hightower has thrown nearly one-half of her team’s innings this season, and she knows what she wants to see both from herself and from her team through the season’s home stretch.

“I want us to give it all for each other,” Hightower said definitively. “Every play, every slide. I think if we play with grit and we play like each game is personal, I’d really love to see us roll off of that. The defense has been good, the pitching has been solid, the bats have been good.”

After a red-hot start to her true junior season, if her work in the circle continues on its recent successful path, Hightower could soon be counted as the next Gator great in the pitching circle.