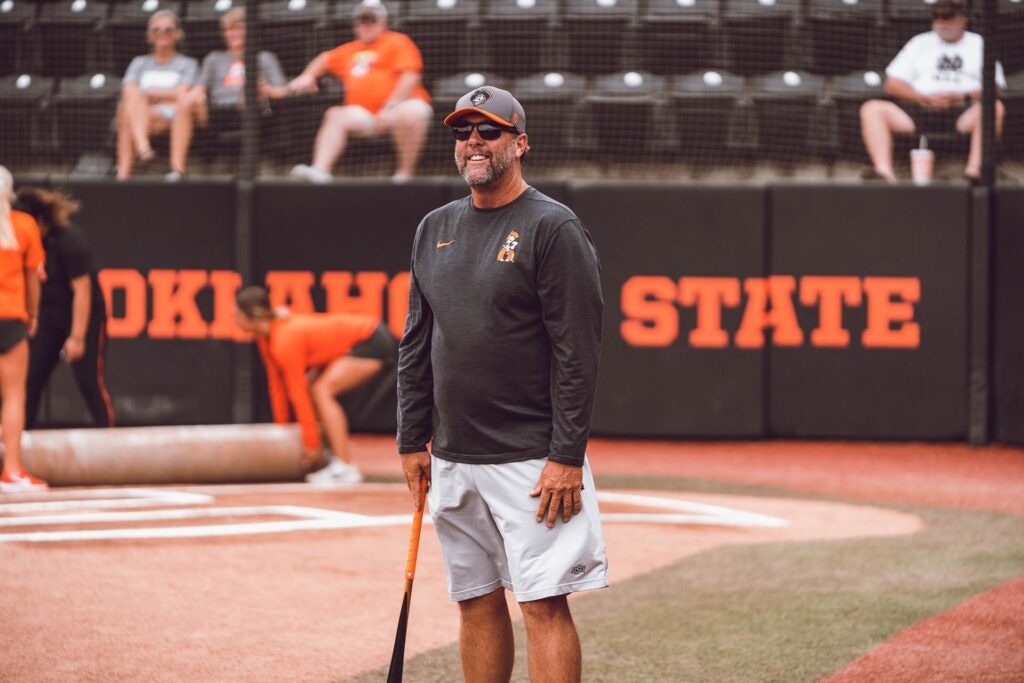 As the Cowgirls’ head coach celebrates his milestone victory, here are Five Fast Facts about him and his career.

1. He is in his 6th season at Oklahoma State.

Hired in the summer of 2015, Gajewski is in his sixth season at the helm of the program, but reached the 200-win milestone in just five years’ worth of games.

2. He’s tied for the most wins through five seasons by an OSU head coach.

3. His team has led the Big 12 in Academic All-Conference honorees.

Through Gajewski’s first five seasons at OSU, the Cowgirls have seen fifty-three (53) players earn Academic All-Big 12 honors. That’s the most of any team in the conference during that stretch.

4. He has twice led the regional Coaching Staff of the Year.

In 2017 and 2019, Gajewski and his staff earned Midwest Region Coaching Staff of the Year honors from the NFCA. In 2017, his team finished in the top 3 of the Big 12 for the first time in his tenure in just his second year and in 2019, the squad reached the Women’s College World Series for the second time this century.

5. He is a former baseball coach and groundskeeper.

Look no further than Gajewski if you want to talk about humble beginnings. After finishing his baseball playing career at Oklahoma, Gajewski served as a graduate assistant for the Sooners and later spent a year as volunteer assistant with Kansas State’s baseball program. He went on to a decade-long stint as Oklahoma’s turf and maintenance director and a stint as director of operations for Tennessee’s baseball program before entering the softball world.