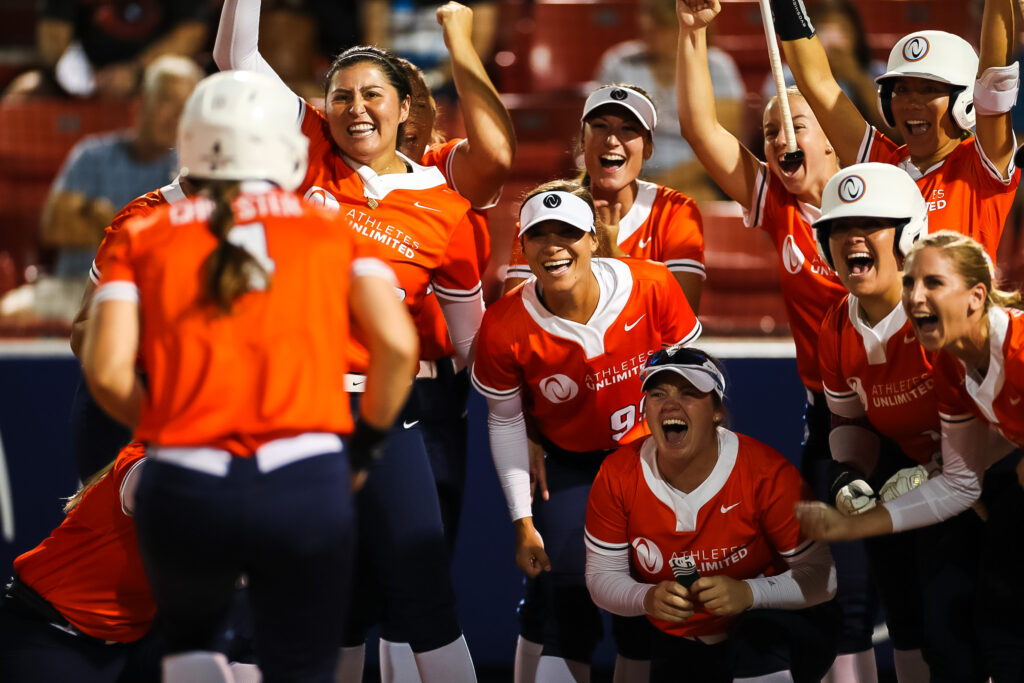 The first week of Season 2 of Athletes Unlimited is officially in the books. Team Osterman ended the opening week with an undefeated 3-0 record, while Team Hayward went 2-1, Team Warren 1-2, and Team Piancastelli 0-3.

New team captains for week two will be Sahvanna Jaquish, Osterman, Tori Vidales, and Lilli Piper. The quartet will draft their teams on Tuesday evening. Before that draft, though, here are four players that were hot out of the gate in the league’s opening week.

Jaquish leads in the league’s unique point system after week one, which sets her up as the Gold team captain for week two. Jaquish looked as sharp as ever at the plate leading the league in batting average and hits, and tying for the league lead in runs scored. Jaquish went 7-9 at the plate on the week, with three extra base hits, three RBIs, and five runs scored to her credit. She owns an .800 on-base percentage through one week, a mark that also leads the league.

Not on Cat Osterman’s team for the first time in league history, Svekis made her own mark quickly with a solo home run and a double in Team Hayward’s opener, then hit a walk-off single in Monday’s weekend finale that scored Aleshia Ocasio and gave the Blue squad the 3-2 win. Three of Svekis’ four hits have been for extra bases in the season’s early goings, and she owns a .444 batting average.

The only AU player with multiple home runs in week one was Chidester, and her pair of solo shots also accounted for her only RBIs on the week. Her batting average of .556 (5-9) ranks second in the league, behind only Jaquish, and she’s scored three runs. Chidester also owns an identical on-base percentage of .556 and seems to have regained the tremendous power stroke that she has shown in years past.

One of three players to reach double digits in innings in week one, Eberle made three appearances for Team Piancastelli. She allowed just one run, struck out two, and allowed four walks, though opposing hitters batted just .211 against her. Eberle was the hard-luck loser on Monday, giving up Svekis’ walk-off in the eighth inning with the winning run unearned due to the international tiebreaker.