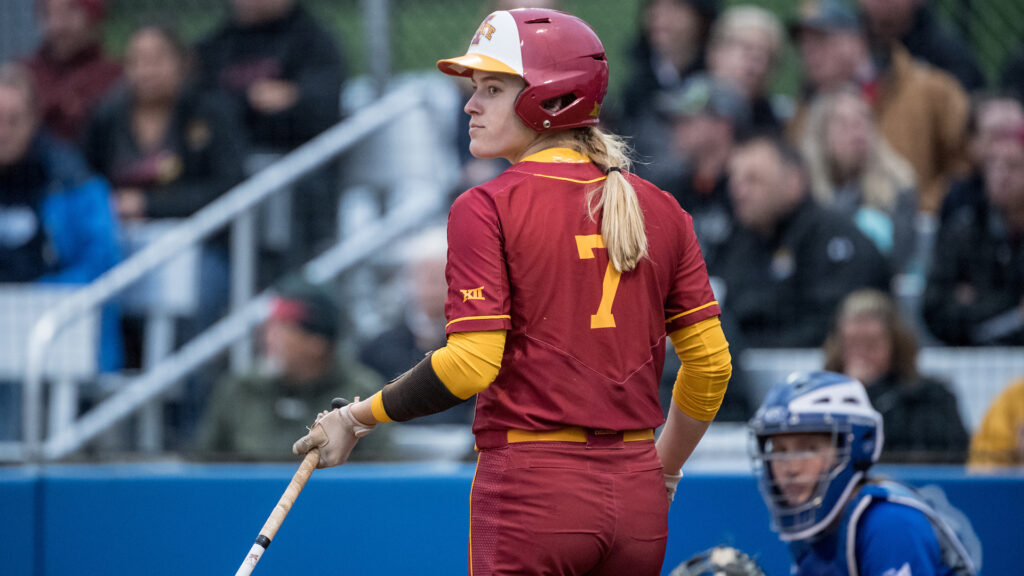 Iowa State “super senior” Sami Williams has been named the JWOS Player of the Week for Week 3 of the regular season.

Williams batted .611 across five games during week three, helping lead her team to a 4-1 record on the road in Tempe, Arizona. She recorded multi-hit games in each matchup during the week’s slate.

During the weekend’s opener, Williams went 2-4 at the plate against Portland State. Both of her hits went over the fence for home runs and she collected five RBIs against the Vikings. She hit her third home run on the calendar day in the tournament’s second game against Grand Canyon, going 2-3 with three runs scored and a walk in addition to her longball.

The Cyclones’ super senior star went 2-3 in the rematch game against Portland State, scoring a pair of runs in the game. In a top-25 matchup against Arizona State, Williams recorded a perfect 3-3 showing with another pair of home runs and three RBIs to her credit. She ended the weekend with a 2-5 showing in a rematch against Grand Canyton, with two RBIs and another run scored.

In total, Williams finished 11-18 with five home runs and eleven RBIs in week three. She earned one walk and scored ten runs on the weekend.