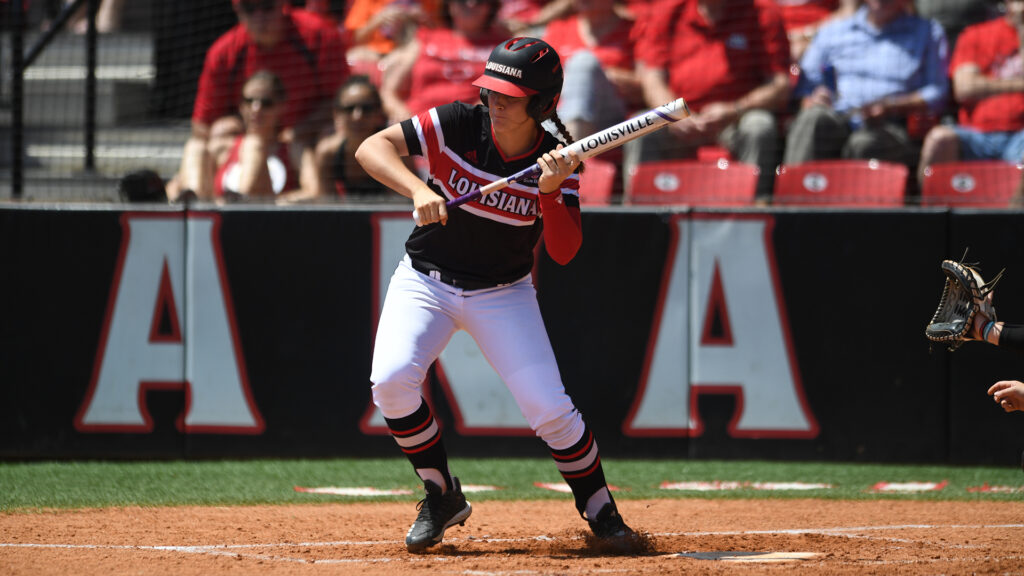 Ragin’ Cajuns infielder Alissa Dalton is out indefinitely with a hand injury that will require surgery.

Dalton is expected to undergo surgery on Wednesday for her hand, and there is currently no timetable for her return to the field.

The 2019 Sun Belt Player of the Year and 2018 conference Newcomer of the Year, Dalton has been a consistent presence in the Cajuns’ lineup since she arrived in Lafayette as a young transfer from Oklahoma. She owns a .365 lifetime batting average as a Cajun, along with eleven home runs and 106 RBIs.

In 2021, Dalton ranks second on the Cajuns’ roster with a .378 batting average, leads the team in walks, and has a .464 on-base percentage to her credit.

With Dalton’s injury, the Cajuns will now be without one-third of their Opening Day lineup for a significant portion of the season’s stretch run. Center fielder Raina O’Neal and then-starting first baseman Taylor Roman both suffered injuries earlier in the year; Roman is out for the year, while there is a possibility that O’Neal could return.

Gerry Glasco and the Cajuns are 28-6 this season, and boast an 11-1 conference record. The team’s next two conference series’ are at Troy and at home against Texas State.