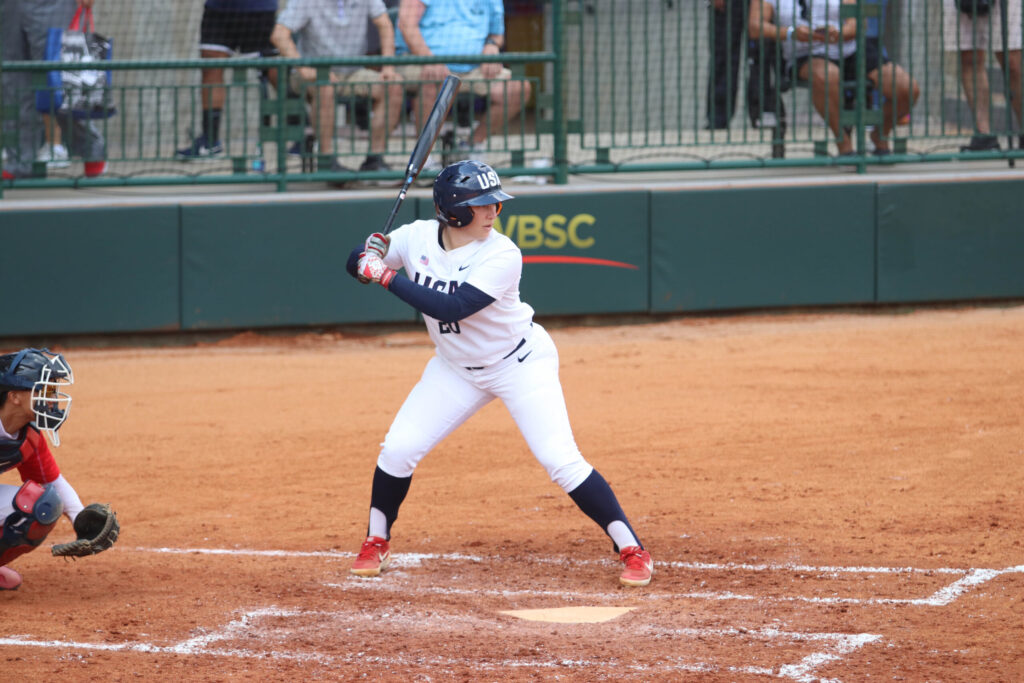 Making the announcement on her Instagram page, Arioto wrote, “It’s official, I am retired.” The post was accompanied by a photo of Arioto in Tokyo, with her silver medal around her neck. Arioto was one of two veterans who spent the last decade as part of the US National team en route to the long-awaited Tokyo Games.

“A journey that I am truly proud of has come to an end,” Arioto’s post continued. “I followed, led, fell and rose. I made mistakes that propelled me to achieve more. I tired my hardest and stayed true to who I am. I bought in to being the best teammate I could. I served and gave for the next generations. Highest of highs and lowest of lows, and every amazing emotion in between. This has been an unforgettable, rewarding, and humbling experience. I can truly say my career has been everything I could imagine and more!

“There is no such thing as doing it on your own in my opinion. That is why I am eternally and immensely grateful for the sport of softball, @usasoftball, my teammates, and my family and friends! I look forward to staying involved with the sport and giving back even more!”

Highlights of Arioto’s international career included World Championship gold medals in 2016 and 2018, as well as a Pan Am Games gold medal in 2019. During the 2018 International Cup, Arioto batted .400 with five home runs and a 1.467 slugging percentage.

In 2020, Arioto was named the JWOS Team USA Player of the Decade. She spent her collegiate playing days at Cal, suiting up for the Golden Bears from 2008-12.