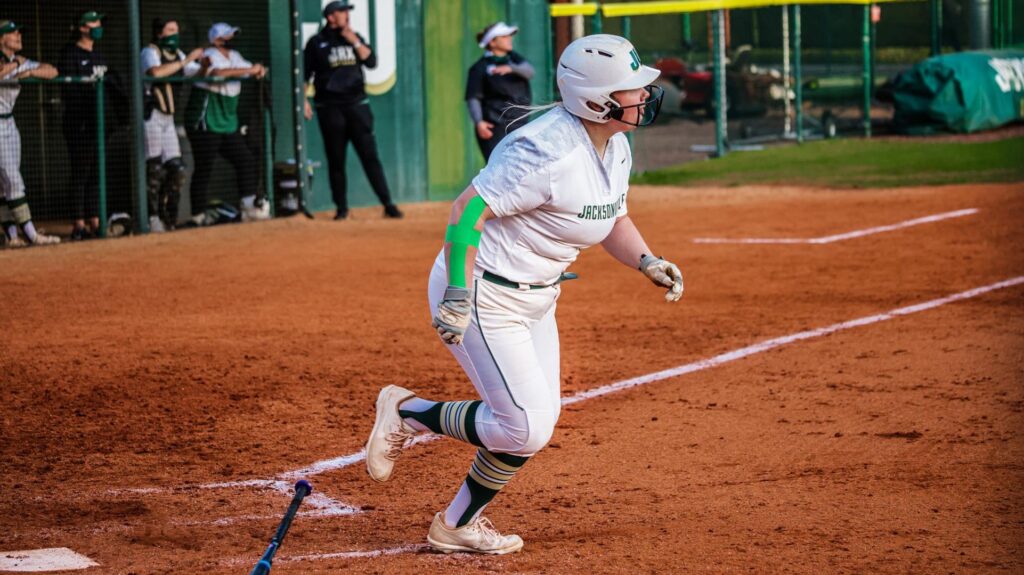 Jacksonville senior Hannah Roberts has been named the JWOS Player of the Week for Week 4 of the Division 1 season.

Roberts finished with a .727 batting average on the weekend, helping lead her team to a perfect 5-0 record.

In the weekend opener against Georgia State, Roberts hit a 3-run home run that helped her team to a victory over the Panthers, and she followed that up with a 2-3 performance against Buffalo that included a 2-RBI double.

During a 12-run first inning against Florida A&M, Roberts hit a pair of home runs – a 3-run shot and a grand slam – that helped break the game wide open quickly. Hers were the only two home runs hit in the offensive onslaught, and she finished that game a perfect 2-2 with seven RBIs.

Roberts got the scoring started with a 2nd-inning home run against USC-Upstate, and finished a perfect 3-3 in that game, including another double. She did not play in her team’s weekend finale, as JU closed out their 5-0 weekend.

For the weekend as a whole, Roberts went 8-11 at the plate, with four home runs and 13 runs batted in. She notched two doubles and a pair of singles, and finished with a 2.000 slugging percentage on the weekend’s games.